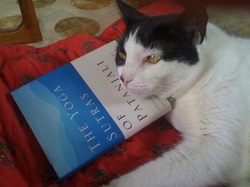 ."All beings tremble before violence. All fear death. All love life." ~ Buddha

​Written in 200 AD, Patanjali’s Yoga Sutras provides the fundamental approach to creating and sustaining balance between the mind, body, and spirit. The word yoga, etymologically stems from the Sanskrit term “yuga.” Literally meaning, “to yoke – or work together,” the practice of yoga aims to bridge the external with the internal forming a harmonious union of being. According to Patanjali and yogic philosophy, the path to enlightenment is attained through the practice of the Eight Limbs. Essentially, the stepping-stones on a path to divinity, the observation of the Eight Limbs is a lifelong journey.

​Devised as the primary approach to conscious awareness, the limbs consist of; Yamas – Universal Morality (restraint or abstinence), Niyamas – Personal Observances, Asanas – Body Postures (seat or connection), Pranayama – Breathing exercises and the control of Prana (life force energy), Pratyahara – Withdrawal of the senses, Dharana – Concentration and cultivation of inner perceptual awareness, Dhyana – Devotion and meditation on the Divine, and finally, Samadhi – Union with the Divine or Enlightenment.

Within each limb roots further contemplation and specification as to how to best facilitate a relationship with the Divine and the divinity within oneself. Yamas initiate the practice and awareness of external morality under which lies amongst others, the principle pf Ahimsa. One of the most profound conscious practices, ahimsa translates to non-violence or harmlessness. To fully practice ahimsa is to facilitate compassion (karuna) and harmlessness for all living beings no matter our distinctions or differences. Through action, though and deed, a non-violent mind is an enlightened mind.

Of all the virtues involved in the science of yoga there are none higher than karuna and ahimsa. Ahimsa is the golden thread that runs through all yoga practices, and is the foundation on which all yogis/yoginis build a divine life. In order to keep this vow we must practice right knowledge and attitude. The practice of ahimsa develops pure, unconditional and universal love.

To restrain ourselves from violence, causing no harm or discomfort to any living being; any creature that has eyes, a beating heart and breath, we practice ahimsa.

This is why that for many, the principle of ahimsa correlates with the adoption of a vegan lifestyle. The word veganism, as defined in 1944 by Donald Watson, co-founder of The Vegan Society, and the person responsible for coining the term vegan, "Denotes a philosophy and way of living which seeks to exclude–as far as is possible and practical–all forms of exploitation of, and cruelty to, animals for food, clothing or any other purpose; and by extension, promotes the development and use of animal-free alternatives for the benefit of humans, animals and the environment."

A yogi's declaration of veganism in its purest form is the practice of ahimsa, and their statement of the conscious decision to do no harm. It is a pronounced understanding that perceived differences do not equate to lesser beings. To embrace ahimsa is to embrace equality, which does not falter when faced with disparity. When we come to see ourselves in each other, when one’s suffering becomes our own, when we cease to take what does not belong to us, and when we choose acceptance over intolerance, we will finally know peace.  ﻿ 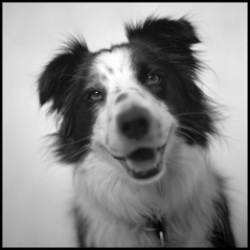 "Non-violence leads to the highest ethics, which is the goal of all evolution. Until we stop harming all other living beings, we are still savages." ​~ Thomas A. Edison

The practice of yoga cultivates and promotes conscious awareness; one that pervades our thoughts, actions and deeds. Through a steady practice of the eight limbs we embark upon a journey of connection to ourselves, to nature, and to all other sentient beings with whom we share this earth.

It is, however, to our misfortune that through a lineage of disconnection we have been programmed to believe that we are the superior species, that our needs are greater and more important, and that we have the right to exploit, abuse, neglect, torment and ultimately slaughter in order to suit our individual desires and gains.

The fundamental act of non-violence toward all living beings, however different they may appear, is the foundation of a peaceful civilization, planet and nation. It is the enlightened understanding that when looking within, we realize that we are all one.

Awareness and compassion (karuna) are perhaps the most powerful tools we can offer to promote change. Although it seems an unfortunate truth that most of us who so passionately choose to practice ahimsa through a vegan lifestyle were not raised this way, in reality it is an indication of the vast and sometimes unexpected possibility of awesome transformation. It is a truth that offers hope for those who were once thought hopeless. Yoga philosophy and practice illuminates the learned, perpetual disconnected way of life that is supported by the torment of others, and strives to dismantle rationalizations and ignorance offered in way of poor explanation and mediocre excuse. Buddha said, "The responsibility of every man, woman, and child is to make the lives of those around them better, and to aid each living being we meet on its path to enlightenment." At the heart of this statement lies the principle of compassion.

Defined as a, "Deep awareness of the suffering of another coupled with the wish to relieve it," compassion stems from the core of our humanity. Yoga teaches us to listen to our inner voice and inner divinity in order to create compassion, rather than disconnecting from the discomfort we feel when the truth is realized.

*For help making the transition to veganism, which incorporates much more than just our dietary choices, check out the Vegan Living Program.